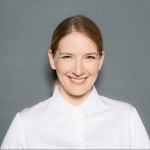 Tuuli Kaskinen is the Executive Director of Demos Helsinki specialising in sustainable business strategies and inspirational routes to change. With over 15 years’ experience tackling the most important issue of our time – climate change – with companies, NGOs and governments, she’s found systemic modelling and shared value thinking to be the key tools in the development of sustainable innovation.

Tuuli serves as advisor for Fortum Corporation and for OP Financial Group. She is a board member at construction company Fira and at the Finnish Crafts Organization Taito. She has served as a member in the minister-level Energy Conservation Committee, ERA 17 -committee for an energy-smart built environment, and as a member of the working group that prepared the government’s report on the future.

Before Demos Helsinki, Tuuli worked on environmental politics and cooperative networks at the Finnish Association for Nature Conservation (FANC), where environmental policy and building cooperation networks formed the crux of her work. She has also worked and volunteered in numerous capacities at urban environmental group Dodo.

Tuuli studied International Business at the Turku School of Economics. Her master’s thesis examined the influence of emissions trade on the business strategies of large Finnish companies.

Tuuli joined Demos Helsinki to run Ilmastotalkoot, an extensive climate campaign that brought together everyone from advertising agencies to NGOs. She is skilled in building models for sustainable lifestyles and business models. To this end, Tuuli has led the Peloton project, worked as the curator for the Pavilion program during Helsinki’s Design Capital year and was commissioned by the Fiskars Corporation to create a sustainable development plan for the Fiskars Village. She is also an in-demand speaker, commentator and facilitator.

Tuuli combined her love for cuisine and interest in climate change by writing, with three other authors, Kausiruokaa herkuttelijoille ja ilmastonystäville, a seasonal cookbook for lovers of good food and the climate.