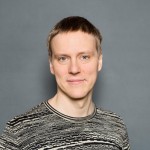 Roope Mokka is an expert on societal change and innovation. He specialises in helping organisations weather great changes in the world around them, and his work often involves cross-sector changes that influence the daily lives of individuals.

Roope has 15 years of experience working internationally with of governments, corporations and NGOs as a strategic-level advisor on future technologies, markets, and societies, and has authored and co-authored foresight publications from Finland’s country brand (2010) to the world’s first report on mobile games (2001).

Roope is one of the two co-founders of Demos Helsinki, and remains an active advocate for meaningful entrepreneurship. The years working at Finland’s first independent think tank have given him practical understanding of how markets are created and how organisations are built. At the moment Roope is extending the operations of Demos Helsinki to become an international organisation, and manages the think tank’s Stockholm office.

Roope has studied humanities and social sciences at the Universities of Helsinki, Bristol and Leicester, and worked as a researcher at the Media Lab of the University of Art and Design Helsinki. He has also worked as an analyst in London, advising ICT and telecom giants on internet markets.
At Demos Helsinki, he has successfully applied the doctrines of change mechanisms to produce systemic change in areas ranging from new urban management models and fighting climate change to creating a consumer market for the cleantech industry.

Welcome to a journey into the future. I’ll ask you to enter into a thought experiment. We’ll venture ten to fifteen years into the future and try and make sense of it. I’m here to discuss the internet of NO things. It is the point where the internet becomes part of our environment and therefore ceases to be. Yes, we think that it is likely that – as soon as in 10 years’ time – smartphones and the internet will have disappeared. My name is Roope Mokka. I’m a futurist […]